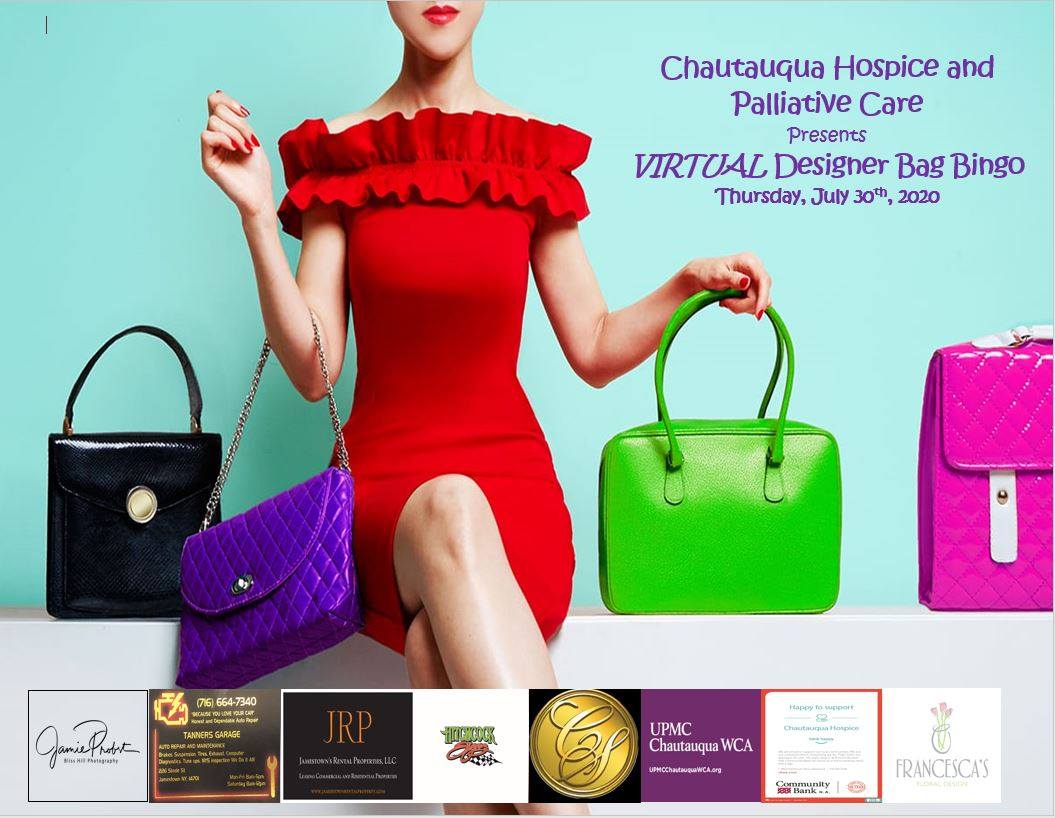 We will be hosting our first ever VIRTUAL Designer Bag Bingo!
Join us for a fun night in and your chance to win designer handbags and wallets instead of cash. Famous designer brands including Coach, Kate Spade, Donney Burke, Michael Kors and more will be available throughout the evening.
Thursday, July 30th, 2020
You can log on at 6:15pm, first game begins at 6:30pm
Tickets are $30 per person
Each ticket includes 10 BINGO cards but you can purchase additional cards here for 1$ a piece.
You will receive pictures of the purses you can win prior to the event.
Participants must be at least 18 years of age